They used igloos only when a blizzard caught them up during the hunting in the middle of nowhere, not all the time. It's urban legend to think that Inuits live always in igloos. Flaherty wanted them to build a igloo despite them living in a house to show their culture.

The first building of the igloo was too small for the camera and the dome collapsed. Then when they finally succeeded in making the igloo it was too dark for photography. Instead, the images of the inside of the igloo in the film were actually shot in a special three-walled igloo for Flaherty's bulky camera so that there would be enough light for it to capture interior shots.

I feel for the Inuit people that day, when Flaherty ask them to build three 2 and half igloos for no reasons. Another thing Flaherty staged was some hunting sequences, Allakariallak normally used a gun when hunting, Flaherty encouraged him to hunt with harpoon in the fashion of his ancestors in order to capture the way the Inuit lived before European influence, making it harder for Allakariallak. Sometimes its better to use traditional weapons to hunt; because if you shoot an animal in the water it will more often than not sink quickly, so a dart with a barbed detachable point is thrown from a great distance using an atlatl, that way the sea mammal won't sink.

Soon to be identified by the harpoon floating in water with line detached. Flaherty was a bit of a jerk, but the full collaboration of the Eskimos was key to Flaherty's success as the Eskimos were his film crew and many of them knew his camera better than he did. Flaherty tries to make the Eskimos on the film look like they couldn't understand technology such in the case of the trade post scene and a gramophone.


In truth, the scene was entirely scripted and Nanook knew what a gramophone was. It wasn't the only comical humor. There was a scene where Nanook and his family come out of a small kayak like a bunch of clowns out of a small car. It's a cinematic effect. Each person in the kayak was a separate filmed shot, edited together in a convincing fashion. The titles are carefully used to hide it.

It's a hint at Flaherty's sense of humor. It was a little disappointing finding out that a lot of the movie was staged.

Flaherty's time both staging action and attempting to steer documentary action have come to be considered unethical amongst cinema verite purists, because I believe such reenactments deceive the audience, but in this case, it works to make the audience understand the culture more and more. Flaherty defended his work by stating that a filmmaker must often distort a thing to catch its true spirit. It was a huge success, and in the following years, many others would try to follow in Flaherty's success with "primitive peoples" films.

While this film is a true peace of art. I think the greatest fascination comes from this is that it fact the truth on most of the modern propaganda-documentaries, that kills the basic, pure form of documentaries. While the film will showing be shown in Anthropology class. I wouldn't say it's a ethnography work or salvage ethnography. Enthnography are supposed to be an observation where the people watching don't influence or act, so to say this is a ethnography film is wrong. Check the movie out if you want. Also check out the Long Exile, by Melanie McGrath discusses the making of this film and the people depicted in it in depth and Nanook Revisited.

Directed by Robert J. Flaherty, this moving feature about the hardships faced by an Inuit family is one of the seminal films of the silent era and brought about his reputation as "the father of the documentary". Although only having spent a few weeks out in the icy wilderness, Flaherty presents us with a series of beautiful vignettes that capture the absolute essence of the daily struggles for survival that Nanook and his people face.

The audiences follows them on their long treks in the constant search for food; picking their way over floes and towers of ice in order to catch a fish or hunt seal and walrus. Yet amongst the hardships and privations, Flaherty also allows glimpses of the tenderness and love within the family. The joy of a meal, the warmth of a shelter, the fascinating communal construction of an igloo. The humanity of the Inuits is rendered with heartwarming affection.

However, often setting his subjects against the bleak yet stunning vistas of unending snow, Flaherty leaves the audience in no doubt that the environment is as much the star. Some critics argue that Nanook is not a true documentary as Flaherty staged some scenes and directed his subjects. However, these critics are wildly missing the point. Nanook Of the North is as much about the barren landscape that Nanook and his clan wander. At its centre, this film is the age old tale of the battle between man and nature. This is none more evident of the films wonderful final scenes.

Caught in a blizzard, the family are forced to find refuge in an abandoned igloo. A happy respite together from the wild storm outside. This scene has been given extra poignancy with the tragic knowledge that Nanook and his family perished in such a blizzard a few months after the film was released. It's a sad footnote to a tremendous film. 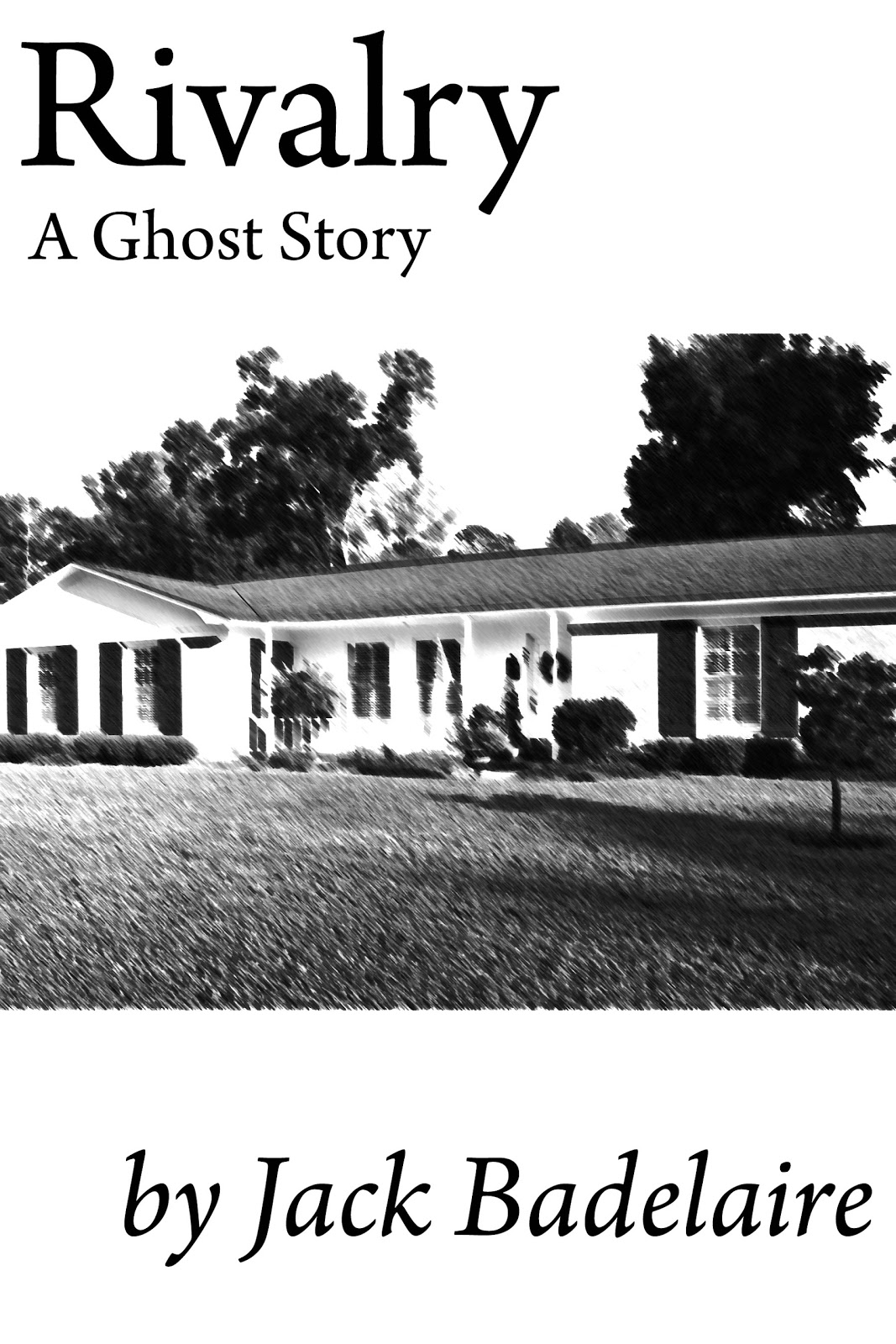 A masterpiece of film making that inspires and enthrals and, most importantly, celebrates nature, life and humanity. Mike 31 August For a film as old as Nanook of the North, it might be expected that some cultural imperialism would seep into such an anthropological venture.

Amazingly, this is hardly the case. The lives of a band of hardy eskimos are shown with little added or taken away. We see them fighting for food, playing, building shelters, and cowering in the dark winter. All of these elements are shown without undue sentimentality. We are amazed at the lives we see because they are so different from our own, yet we realize just how human they are when they smile at us and engage us.

The sequence where the igloo is built is truly remarkable, as are many of the hunting expeditions. However, just when we start to think that the life we are seeing may be perfect in its purity, we are shown the other side of eskimo life.

The bleak ending of the film forces the viewer to come to terms with his romanticized view of eskimos that the first part of the film creates. A great film experience. As a documentary turning point, Nanook of the North is undoubtedly one of if not the most significant work of the twentieth century.

The story of Nanook and his family became the center of attention of the national media and virtually altered the perceptions the world had of film for documentary purposes. Flaherty may be to the documentary world what J. Tolkien is to the fantasy world. He is the giant of the genre. For its time, Nanook of the North was a masterpiece. Simple and profound, the story of Nanook was unique, and henceforth the foundation upon which the great documentarians of the 20th century created their works. However, through hindsight, the film falters. Most noticeable is the fact that Flaherty composed each of these sequences ahead of time and purposefully altered Nanook's life in order to make it seem harsher.

In what is one of the most famous scenes, Nanook laughs at a phonograph and bites into a record as if he does not understand it. However, it was discovered later that not only had Nanook seen phonographs before, but he was a regular visitor to the trading post, owned a snowmobile and a rifle, and had probably seen a record player before. This fact puts into question the strength of this work as a documentary.

Flaherty defended himself, claiming that some things need to be altered in order for the message to be seen. However, this is what we in the film world call "fiction". Plenty of fiction is based upon fact, but when you call something a documentary, it is held up to a different standard, one that Flaherty's work, although, good, fails to achieve. Whittling countless hours of footage into a compact 80 minutes, Flaherty cobbles together his footage both real and staged into a loose narrative following the hardships and rewarding moments of Inuit life, as focalized through chosen protagonist 'Nanook'.

Flaherty's unobtrusive style is so engrossing and convincing that it is easy to overlook the recognition that real life would hardly 'flow' in such a conveniently paced Hollywood style narrative, thus educating mass audiences on unfamiliar material in a more familiar, palatable fashion.

What is surprising is, rather than depicting Nanook and his family as savages in a spirit more keeping with his time, Flaherty goes to great pains to stress the gentleness, resourcefulness and humour of the Inuit. Introducing Nanook and his family through heroic close-ups of them beaming at the camera, Flaherty instantly commands the support and sympathies of the audience, further garnering it through subjecting them to the series of perilous natural challenges undergone regularly by Nanook and his family. Through crafty yet subtle editing, Flaherty turns potentially dreary footage into exhilarating and captivating, with particular standouts being Nanook, talked up as a singular hero, undergoing devastatingly cinematic walrus and seal hunts and the horrifyingly beautiful spectacle of ferocious winds ravaging plains of snow at dusk in an exquisite, lingering long shot, still gripping even more than eighty years after the fact.